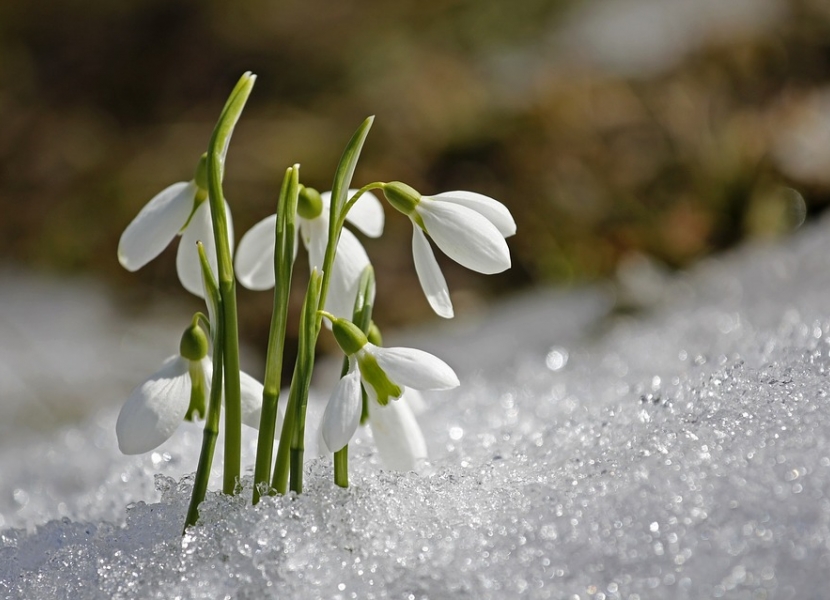 Summertime is traditionally associated with warm weather and beautiful, blooming garden landscapes. Winter, on the other hand, is a season composed of blistering winds, icy frosts, and decaying foliage. You might believe it is impossible to achieve a scenic winter garden. You would be wrong.

You can easily fashion a picturesque garden during those harsh winter months with only a few simple, cold-hardy plants. From buds to berries, to flowers, evergreens, hedges, and climbers, there is a winter shade for all your summer favourites. These 'winter interest' plants offer fresh fragrances and vibrant colours able to rival their summer counterparts.

Additionally, many of these plants are shade tolerant, and can easily acclimatize to life in a container. Containers are useful because they allow for plants to be easily moved between inside and out, as dictated by the weather, temperature, and season. For container plants to flourish, they should be grown in a loam-based soil.

It is important to note that the growth on winter plants may be erratic, depending on the severity of the winter; just because they can survive the season does not mean harsh ice will not wipe them out.

Here are 10 of our favourite winter plants (many, many more are available):

- Heather is famous for growing across Scotland.

- Approximately 500 million acres of Scottish moorland are covered in heather.

- 'Ling' heather is the most common type in Scotland; its flowers bloom purple.

- Heather can bloom in purple, white, pink, even gold.

- It grows particularly well in a pot or container.

- They should be planted between April and May.

- Snow drops are grown from a bulb, meaning they re-occur every year.

- They are the most widely recognised winter-blooming flower.

- Snow drop bulbs are prone to drying out; they should be planted immediately in moist, well-fertilised, well-drained soil, in view of sunlight.

- Associated with Spring, not winter.

- They often begin their bloom in late Winter (January - February).

- Daffodils are often found growing in the wild.

- They are grown from a bulb, meaning they return year on year.

- They grow well in containers or borders.

- Daffodils should be planted between September and October to catch the following winter/spring bloom.

- A plant which announces the arrival of spring.

- They bloom in late winter.

- There are over 60 species of crocus; some are more suited to winter than others.

- They are particularly suited to borders/containers.

- They offer cup-shaped flowers in an array of colours; from blue and purple, to yellow and white.

- Most species flourish in sandy, well-drained soil, with plenty of sunlight (though there are some which desire shade and moisture).

- The flowers bloom in mid-winter until early Spring.

- They should be planted in early Spring (though may take 2-3 years before they flower fully).

- The flowers commonly flourish in white, with flecks of red, though can appear dark red, even green.

- The hellebores' large, serrated leaves should be regularly trimmed in order for the flowers to bloom fully.

- Winter Jasmine is a climbing plant.

- It can flourish in the cold, and in shaded areas (though requires partial sunlight).

- It is best to have Jasmine planted so that it is facing South or South-West.

- Not a common plant in the UK (more so in the USA and Japan), although Witch Hazel can be grown in Britain too, with due attention and care.

- They are best grown in an open space with plenty of sunlight; they can survive in partial shade.

- Flowers bloom between December and March.

- Witch Hazel can be grown in a large pot.

- Commonly referred to as Barberry.

- There are over 70 species of Mahonia.

- Mahonia is a type of evergreen.

- The Mahonia blooms between November and December.

- Commonly, Mahonia flowers are pointed in shape, and bright yellow in colour (though this can vary).

- The leaves of Mahonia are coloured luscious green, and can be armed with barbs.

- Mahonia can flourish in shade or partial shade.

- These plants are best suited to well-drained, moist soil.

- One of the best plants for the Scottish weather.

- Depending on the classification used, there are between 70 and 300 species of cotoneaster.

- The cotoneaster is a luscious, semi-evergreen tree loaded with brilliant red berries (inedible to humans and avoided by birds). These berries do provide food for a number of other animals during autumn/winter though.

- The cotoneaster can grow up to 10ft.

- This tree flowers in late winter/early spring with white or pale pink blossoms.

- Blooms vibrant yellow flowers in late winter, as a result of gentle warmth (from sunlight).

- Best grown under a tree or shrub, or on a grassy bank.

- Flourishes in rich, moist soil that is well-drained.

Even though these plants can survive winter, it is best to invest in horticultural fleece and windbreakers as an extra precaution.