Poisonous Plants in the UK 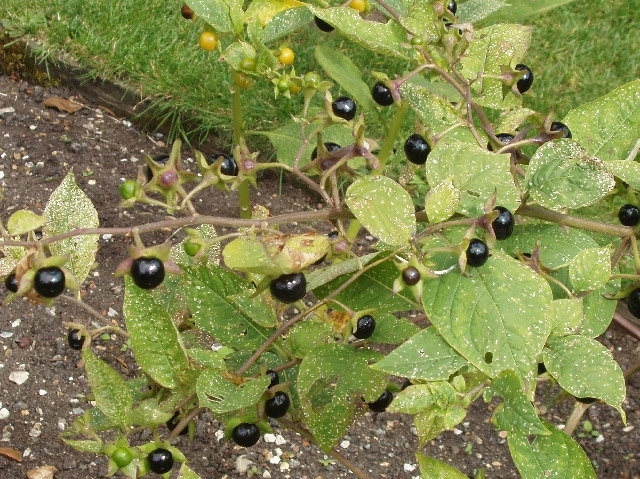 The UK is not brimming with poisonous plants: most are completely harmless. But there are those which may cause harm when touched or consumed. Whilst the risk of severe poisoning is low (there are approximately 2 fatalities per year), you should still be wary of potential hazards.

Before we look at the some of the UK's most dangerous plants, here are some tips for all plants:

- If something is not a known foodstuff, do not eat it under any circumstances.

- Teach your children which plants to avoid (and to eat none of them!).

- Ensure trimmings are disposed of appropriately, and kept away from children and animals.

- If stung by a plant with thorns, remove the thorn with tweezers and wash the wound with soap and water; these plants are dangerous but manifold in number.

Monkshood is one of the UK's most poisonous plants. It can be recognized according to its large leaves and wide, purple flowers.

Ingesting a small quantity of monkshood will lead to nausea and vomiting (at the very least). Consuming a larger amount can be potentially fatal, causing the heart rate to significantly slow down, in some cases even inducing sudden death. Monkshood poison can also be absorbed via direct skin contact, made worse by cuts and abrasions.

It is important to note that, while the whole plant is poisonous, the roots are particularly so.

People often plant monkshood in their gardens, unaware of its poisonous nature. Fortunately, there are very few accidental deaths caused by wolf's bane.

Cuckoo pint is one of the UK's most common poisonous plants. It is common in woodlands and hedgerows, and boasts a tall, cone-shaped leaf enclosing brown flowers, all encircled by a collar of red and orange berries. It is these fruits which pose a threat.

Consumption of cuckoo pint berries causes painful inflammation of the mouth and throat, in some cases leading to asphyxiation and vomiting.

Foxglove is common in woodlands, hedgerows and gardens alike. Its stalk is tall and vivid green, topped with purple flowers.

Contact with the flowers arelikely to cause a rash. Consuming any part of the plant may cause vomiting, diarrhea and, in rare cases, heart attacks (induced by slowing down the heartbeat). The most common method of foxglove poisoning comes from drinking from the seeds or flowers.

While foxglove is obviously dangerous, it does have properties used in the treatment of rare heart conditions.

Deadly Nightshade is one of the most poisonous, dangerous plants in the UK. It is a shrubby plant with purple, bell-shaped flowers, boasting a fruit of shiny, black berries.

Consuming nightshade berries is fatal. 2 will kill a child whilst 10-20 will kill an adult. Symptoms may include dilated pupils, sensitivity to light, headaches, seizures, blurred vision, hallucinations, and death. Nightshade berries will increase in toxicity as time passes.

Deadly nightshade berries have been put to use in everyday life;t hey are commonly used in eye exams to encourage pupil dilation (in safe doses). They are also used in the production of nerve-gas antidotes.

Hemlock is not native to the UK but does thrive here. It is found in ditches, by riverbanks, and anywhere where the land has been disturbed (e.g. waste grounds and rubbish tips).Hemlock plants are tall, with thin green stems and puffy white flowers.

Consuming hemlock can be fatal: it may paralyze the lungs and cause death. If hemlock is inhaled or touched, it can cause dermatitis, headaches, and nausea.

English yews are found all across the UK. They are woody, with dull green needles coating their branches, and can grow to be enormous.

All parts of the English yew are poisonous, and this poison is retained even after the plant dies! The berries are not poisonous but the seeds contained within them are highly toxic and fatal if consumed. Poisoning will result in trembling, coldness, collapsing, dilated pupils, dizziness, irregular heartbeat and, eventually, death. There may be no symptoms from English yew poisoning, and yet death may occur within only a few hours.

The stinging nettle is nomore a threatening and fatal plant than a harmful inconvenience, of which weall know the sting. Generally short and shrubby, these plants boast small, leaves covered in tiny spines.

Contact with the leaf causesan itchy, irritating rash to develop.

Hogweed grows up to 5m tall, and boasts white flowers. It often occurs near footpaths and riverbanks.

Hogweed sap is very dangerous. Direct contact with it can cause severe, agonizing burns, as well as dermatological hypersensitivity to light.

If touched by hogweed, wash the contact zone thoroughly with soap and water. If the symptoms persist, call a doctor.

Daffodils are the beautiful, bright flowers which signal coming spring, found across the UK. It is not their flowers which are harmful, but their bulbs!

If consumed, daffodil bulbs will cause sickness. If you are particularly frail, they can even induce death.

Why would someone eat a daffodil bulb? As with many poisonous bulbs, they can simply be mistaken for an onion.

The snowdrop has many similarities with the daffodil. Both come towards the end of winter, and both are grown from potentially poisonous bulbs. The snowdrop is a beautiful, delicate white flower which bursts forth as one of the first flowers in the winter garden.

If snowdrop bulbs are consumed (mistaken for onions again!), they may cause dizziness, stomach aches,nausea, vomiting and diarrhea. If a particularly large dose is eaten, symptoms may extend to seizures, convulsions, and even death.

Fortunately, most recover from snowdrop poisoning!

Mistletoe might be a traditionally romantic plant - green bearing white berries - but it is dangerous if consumed.

When eaten, symptoms may include sickness, blurred vision, stomach pains, diarrhea, changes in blood pressure and, in serious cases, death.

The European species of mistletoe, Viscum Album, is more poisonous than its American counterpart, Phoradendron Serotinum.

Hydrangeas brighten up any garden, with puffs of purple, pink, blue, and white flowers.

The leaves, buds and flowers of a hydrangea are harmful if consumed, though they must be eaten in large quantities for symptoms to display. These symptoms include vomiting and stomach pains.

The parsnip plant is small, with tiny yellow flowers. It grows in the wild, along railway tracks andditches, though is also cultivated in many gardens.

Contact with the sap of a parsnip plant may cause skin inflammation, light-sensitivity on the skin, blisters, rashes, and burning sensations.

Although all parts of the tree are poisonous, it is rare for someone to die because of it. Symptoms include drowsiness, vomiting, seizures, comatose-like signs, slight frothing of the mouth, and dilated pupils.

Lilies are often considered for their beautiful white flowers, but can actually bloom in reds, oranges and purples too.

The leaves and flowers of a lily contain a harmful chemical which, if ingested, can cause severe kidney damage.

It is important to note that lilies are severely toxic to cats!

Oleander is an outdoor shrub with long, sharp leaves and blooming purple flowers.

Oleander is toxic if consumed. It is likely to cause an irregular heartbeat, seizures and, in some instances, death.