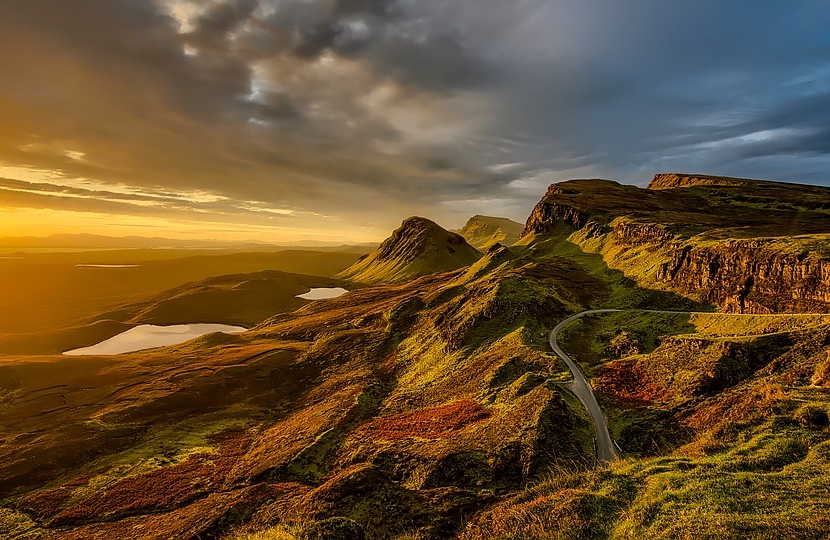 In Scotland, there are more than 1,600 species of vascular plants; those defined by their conductive tissues, used in the dispersion of water and nutrients throughout their ecology. There are an additional 1,500 lichen species, and 1,000 bryophytes. The former refers to a symbiotic combination of algae and fungi, while the latter includes species such as liverwort, moss and hornwort.

The bulk of these plants can be seen flourishing all across Scotland, but there are some which have become so rare that they are now officially classified as endangered. These plants - as well as similarly endangered species of fish,birds, and mammals - are protected under a wide breadth of legislation; the most far-reaching of which is The Wildlife and Countryside Act (1981).

The Wildlife and Countryside Act (1981)

This piece of national legislation, implemented in 1981 to conform with European Council Directive 2009/147/EC on the Conservation of Wild Birds, offers some level of protection to all wild plants, as well as all wildlife.

In terms of all plants, it is a crime to knowingly or carelessly uproot any wild plant from the British countryside, without first obtaining consent from the landowner.

Endangered plants are sub-classified under the act as 'schedule 8'. To ensure the list remains as all-encompassing and accurate as possible, it is compulsorily updated every five years, with contributions from all major UK agencies. Any plant under 'schedule 8' status is subject to a more rigorous level of protection. It is illegal to destroy or uproot these plants, including their seeds or spores. Furthermore, it is against the law to sell, or advertise for sale, alive or dead, any plant listed under 'schedule 8'.

If any of these laws are broken, a number of measures can be taken. Information and warning letters form a foundation against injurious activities, and are designed to prevent these kinds of damages. If illegal activities continue, cautions can be dealt. In rarer circumstances, where it is deemed necessary to the public interest, prosecution and civil action can be explored as options.

A fine of up to £20,000 can be placed on any individual in breach of these laws, as well as the potential for a prison sentence of up to 6 months.

It is important to note that not all plants listed under Schedule 8 are subject to the act's full protection. Bluebells, for example, can be freely picked, though not sold.

The SNH (Scottish National Heritage) compiles a list every five years of all the protected species of plants, as well as fish, mammals, and birds, in Scotland, and the rest of the UK.

Here is an updated list of endangered plants in Scotland only, categorised by type: